Even though Mexican food items can look similar and confuse the eyes, the dishes such as fajitas and tacos are quite different to each other.

If the first-time Mexican food eater is presented with a plate full of fajitas and tacos, it might get difficult to identify the difference because both look almost identical.

Even though both share some common traits, there are still a lot of differences between fajitas and tacos – primarily in the ingredients used – namely, the protein.

What is a Fajita?

Back to the Basics First 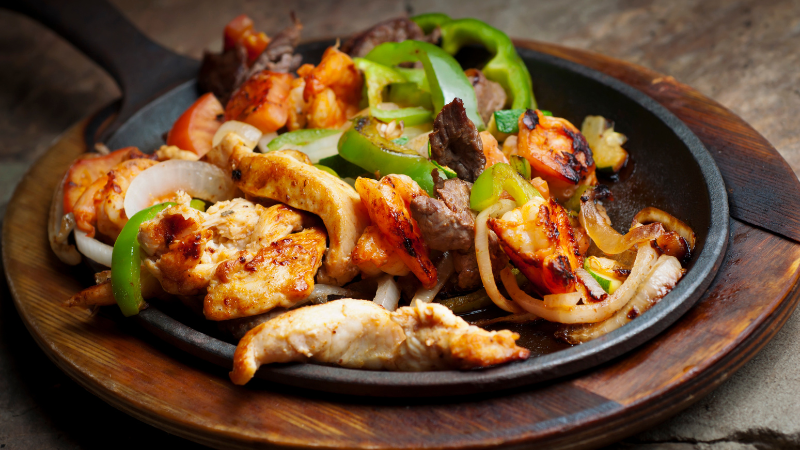 A fajita, at its core, is a slight variation on the Spanish “faja,” which means little belts or girdle. The term originally refers to the type of meat used in the dish such as – carne asada, or skirt steak, a thin and long muscle found in the cow’s diaphragm area.

The origin of fajitas has a much shorter history than the tacos itself with the steak-based dish first pooping up among Mexican ranch workers in Western Texas in 1930’s and 40’s.

Ranch owners sometimes partially paid for these ranch hands with meat, and, what meat cattle ranchers offered was beef.

Ranch hands received the least desirable cow parts such as the head, entrails, and skirt steak. This tough cut of beef needed a little finesse from an experienced cook to turn it into something delicious.

In the late 1960s, fajitas earned widespread fame when the meat market manager, Sonny Falcon had set up fajita concession stands at festivals, with plenty of us enjoying them in restaurants. Sonny was soon named “Fajita King” 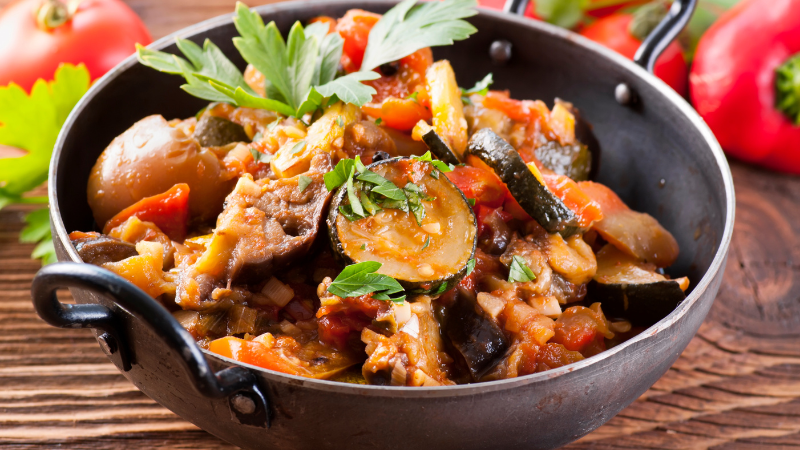 Today, we have seen the term for fajitas morph from marinated, skirt steak, grilled and ingredients of all sorts.  Define Fajita Meat

Any modern fajitas that are made with skirt steak still marinate for tenderness. Then those are grilled and cut against the grain to promote an even better texture.

Today, there are different number of fajita proteins available, right from chicken and shrimp to vegetarian and vegan options.

Often the veggies are grilled with the meat – sweet bell peppers and onions are almost always there with soft tortillas, salsa, cheese and sour cream served as a side with the wraps.

Modern Mexican Fajitas are a Star at la Vista

Not just La Vista, the best Mexican restaurant in Hong Kong, but also the other restaurants. Each one would serve it uniquely.

The ingredients used in fajitas help people determine even from far away that these are neither tacos nor burritos. 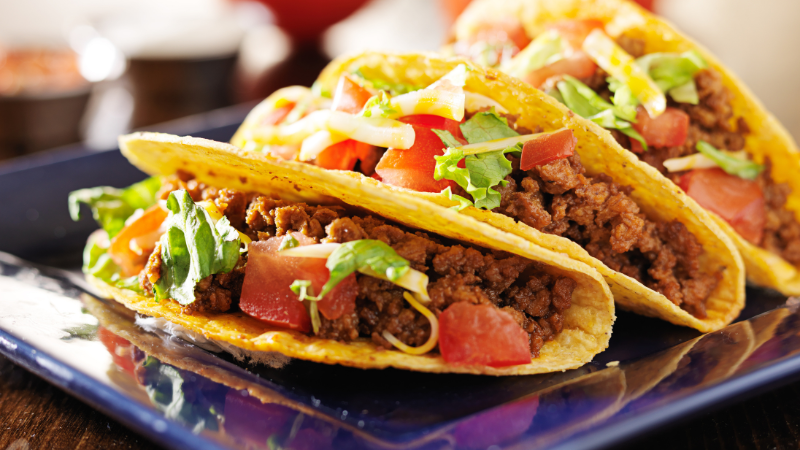 Taco is a famous, traditional Mexican dish with a small corn tortilla base which is filled with tasty ingredients, folded in half, and eaten with the bare hands.

Tacos cover a broad range of items; the best part is that the base can change from corn tortillas to crispy corn shells, to wheat tortillas or even alternative flour bases.  Taking Back to Taco History

Tacos date back to way back.

It started with the Aztec culture. In this culture, corn crops were cultivated first and then turned into a staple.

Then, from there, nixtamalized corn followed the suit, creating the corn flour base for tortillas.

Though Mexicans of the past used tortillas as scoops for food for centuries and also enjoyed informal versions of the modern tacos, the first well-known instances of folded tacos came right away from Mexican silver mines. Women also brought their miner and farmer husbands food wrapped in tortillas because those were easy to carry and eat as they worked whole day long.

“Tacos De Minero,” miners tacos were an homage to the original “Tacos”, explosives wrapped up in a thin paper used to break down rocks in the mines. 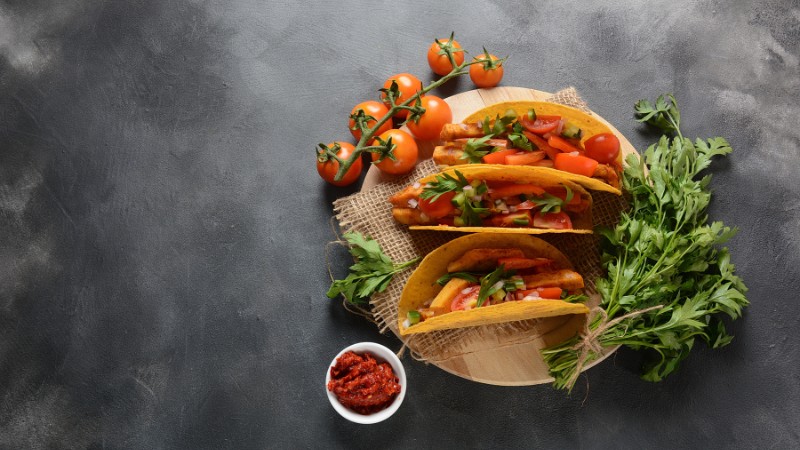 Tacos contain all kinds of ingredients, but generally, they have a protein base with salsa, onion, sour cream, lime and other fresh foods.

Some common proteins like fish and seafood, pork, chicken and beef are added.

Taco toppings can be anything. You can either make a breakfast taco with eggs, a dessert taco with ice cream and bananas, or even a vegan taco stuffed with fresh veggies.
Type of Shell

In the traditional Mexican preparations, soft corn tortillas are used but the cuisine fusion known as Tex-Mex uses soft flour tacos or sometimes hard corn taco shells. Neither of the shells are wrong but one is traditional and the other one is modern.

Difference Between Fajitas and Tacos

Fajitas in Tortillas are Tacos but Tacos Aren’t Always Fajitas.

Even fajitas technically don’t fit into a proper fajitas’ definition, perhaps the definition must have morphed along the dish’s ingredients.

At its root, there is just one basic principle that you need to remember and must understand the difference between fajitas and tacos:

Fajitas are the proteins that sometimes are put into the tacos, while tacos are almost any food that is wrapped in a tortilla.

If you are still confused about fajitas and tacos, come over to La Vista. Order from the wide range of our menu and identify the difference all by yourself. So, at what time are you coming?