Finger-licking and mouth drooling! These tacos are without any doubt delicious to the core. The crispiness on the outside and tender fillings on the inside are enough to give you the ultimate pleasure of such a demanding taste.

But do you know there is a lot more to tacos than just the fillings? Yes, it is the facts that make tacos even more interesting than they are.

So, let us know more about it now:

Tacos Have Been Around for Long Time 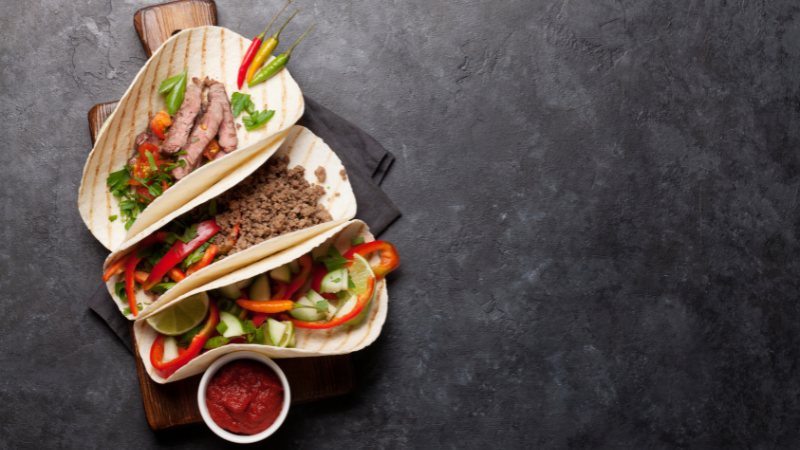 Some believe that tacos were invented between 1000 and 500 B C. Although the word ‘taco’ originated from Mexican silver miners in 18th century. At this time, tacos were used to describe thin sheets of paper wrapped in gunpowder that was used as an explosive. The miners did enjoy a more flavorsome alternative as a part of their staple diet.

Some Tacos Can Be Expensive

We take pride in our tacos and the affordable prices at which these are offered. However, there are some really expensive tacos too like those served in the high-end resort in Las Vegas for about $25,000.

The tacos are expensive because gold is infused in them and you have to be a guest at the resort’s Presidential Suite if you want to buy one.

We advise you to stick with our tacos. These are fun, flavorful, interesting and really affordable. You can even have multiple tacos in a day because even our Tacos are at Happy Prices. Have a look!

In this offer, you not only get a taco but also a drink along with you. That too just at $108 per head.

Avail yourself of this offer and make your Tuesdays better and full of flavours. Shed your Monday blues by galloping and Taco-ing only about tacos. Let there be tacos all around.

World’s Largest Taco Was Quite Mouthful

How big do you think tacos can be or what size of taco do you like? We are sure it will be smaller than the world’s largest taco that was once made Queretaro, Mexico, on November 20, 2011. This taco was about 246 feet in length, stretched to an entire city block, and was filled with carnitas i.e., pulled pork.

There is a Taco Day

Tacos are celebrated internationally on October 4th and the day is known as National Taco Day. So, let us all celebrate this great day with a good meal at La Vista, the best Mexican restaurant.

The word taco itself means light lunch. It is quite ironic when you consider the fact that people like to fill up their tacos with all sorts of delicious and heavy fillings.

Fill Tacos with Anything 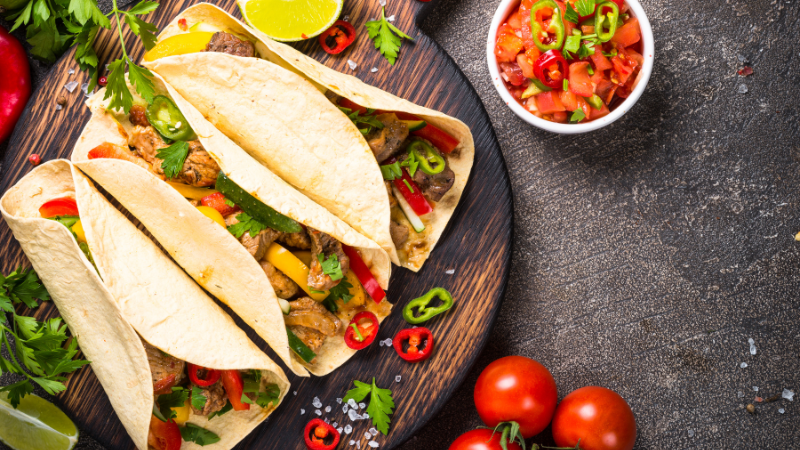 What do you like the most about your tacos? People often like tacos with chicken, pork and other meats but they can also be served as vegetarian dishes. Some people just like to fill their corn tortillas with fried grasshoppers so they can get the real taste of tacos.

Some People Eat Tacos Only at Specific Time

You can eat tacos anytime. This is what everyone thinks. Right? Especially, if you are in a mood for delicious snacks, your heart would probably shout TACOSS!

However, as per Mexican tradition, there are some specific times when you can eat a taco like the seafood tacos can be eaten only at the lunchtime and antojitos are only supposed to be eaten at the dinner time to get rid of any night time food cravings.

There must be many but some debate over this one and say it was the Taco Truck that first got established. It was opened by Raul Martinez – a Mexican immigrant in 1974, outside of an LA diner. Raul was so successful that he now owns the King Taco chain of restaurants.

Tacos Are Out of this World

We literally mean this because astronauts often consume tacos when they are out on their missions because tacos are less messy to eat in an environment with zero-gravity.

Tacos Have Their Own TV Show!

You can not only eat tacos but can also watch them. The Spanish-language series like Taco Chronicles streams on Netflix so take a peek if you want to learn about interesting facts from the world of tacos.

Get Your Tacos at La Vista

Looking for the best in Mexican food? Try La Vista’s tacos. You can also order bountiful burritos and some other Mexican dishes. The food we serve is fresh, fast and always served with a smile.

If you want to serve yourself the best Mexican food in a great natural ambience that too by being within an affordable range, visit La Vista, the best Mexican restaurant in Hong Kong. Once you have our tacos, you would want to have more of them. We promise! Tacos are that yummy! Also, do not forget to order Mexican drinks. We have got a collection of them.